As a student at the Indiana University of Pennsylvania, Greg Joseph envied his musician dorm mates, so he purchased an acoustic guitar and taught himself to play. With three other IUP students, he formed a rock band called The Clarks and set out to make it in the music business.

Thirty-plus years later, The Clarks, with all the original members, are both a hometown favorite and a bona fide mainstream success with major label record deals, national tours and airplay, and song placements in television and movies.

Along the way, Joseph learned more than just how to play guitar. As a songwriter, bass player, singer and spokesman for The Clarks, he is a passionate musician and writer as well as an industry pro with a grass roots understanding of the business and art of music. He severed nine years on the Board of Directors at 91.3 WYEP-FM/90.5 WESA-FM, Pittsburgh.

Joseph also has a nationally released solo CD “American Diary,” an 11-song collection of stories about life, death, desire and broken hearts told with his trademark cynicism and dry humor.

MUSIC BUSINESS EDUCATION
Joseph is an adjunct professor in the Sports Arts and Entertainment Management program at Point Park University. He enjoys sharing his “trial by fire” experiences in the music industry through lectures and workshops. From fascinating stories about life on the road to sound advice on navigating the music business, Joseph delivers engaging lectures with laid-back style. In addition, Joseph is a respected source for local and national journalists seeking comments about music industry issues.

THE CLARKS
The Clarks have sold over 300,000 CD's through deals with national labels MCA and Razor & Tie as well as through their independent labels Clarkhouse Music and King Mouse Music. The Clarks have appeared as musical guests on the Late Show with David Letterman, where they performed a song written by Joseph called “Hell on Wheels.” The band has eighteen albums in total, having recently released an exciting studio record entitled "Madly In Love At The End Of The World", Joseph penned six songs.

Greg is an avid golfer and bicyclist, recently peddling 334 miles from Pittsburgh to Washington DC on the Great Allegheny Passage/C&O Canal Trails. 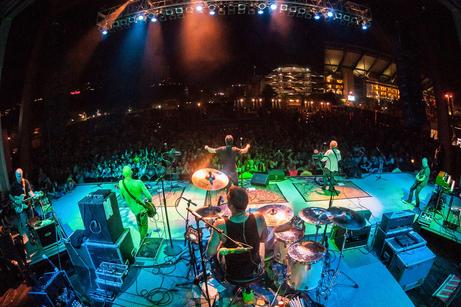